Things Are Not What They Seem

This Is How I See It 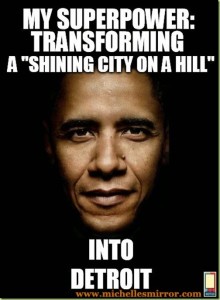 In this article I want to vent some frustration of mine developed while listening to the various pundits excuse the Obama administration for what they think are mistakes due to lack of competence and inexperience.

This is the way I see it.  At first we cut Obama some slack because he was new to the office. We gave him a pass on some of the policies that he put in place. Policies that it was clear to see from the outset were destined to fail, and indeed, produce the exact opposite result from what they were portrayed.

But after a while anybody with reasonable intelligence would see that no administration could be this dumb.

Counting On Ignorance Of American Public

My guess is that they are banking on the ignorance of the American public. An ignorance that has been intentionally created in the government school systems in order to dumb down the populace.

One thing that shocked me at first (but now I have become used to it) are the blatant lies that this administration puts out from the Obama Teleprompter.

There are just a few of the right wing pundits that have the guts to point this out. The only two that come to mind are Limbaugh and Savage.

I’m old enough to have read Orwell’s book 1984 and Animal Farm when I was in high school. I’m quite sure it’s no longer required reading. The way I see it, if Obama is reelected, this country is finished and I am making plans to move to South America.

Obama Not Really In Charge

As I stated before in a prior blog, I don’t believe Obama is actually in charge of creating any of the big policies put forth by this administration. I believe that he and his staff pretty much follow their orders from on high.

See More On This Subject