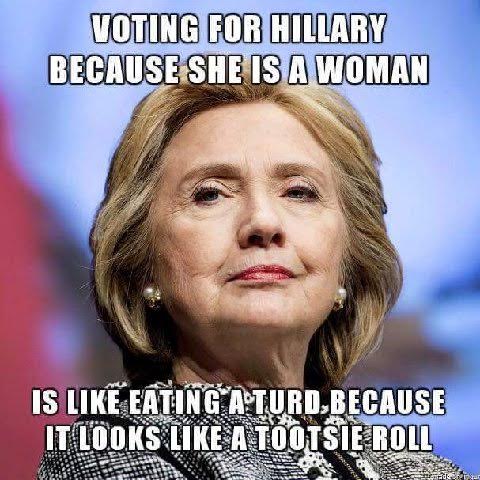 Read This Article And You Immediately Understand It All

Because Obama Also Disciple Of Alinsky

Alinsky’s daughter: Here’s the truth about Hillary the media won’t tell you

In 1993, the president of Wellesley College approved a new rule upon being contacted by Bill Clinton’s White House. The rule stated that all senior theses written by a president or first lady of the United States would be kept under lock and key. The rule was meant to keep the public ignorant about the radical ties of the first lady, Hillary Rodham Clinton, to the radical Marxist organizer, Saul Alinsky. The 92-page thesis was titled, “There is only the fight…: An Analysis of the Alinsky Model.”

The thesis became unlocked after the Clintons left the White House and is now posted online. After being ruled by Barack Obama, another Alinskyite, for 8 years, perhaps one might think the fact that the modern Democratic Party is completely taken over by Alinskyites is old news, but the connection between Alinsky and Hillary is special.

Hillary describes Alinsky as a “neo-Hobbesian who objects to the consensual mystique surrounding political processes; for him, conflict is the route to power.” Alinsky’s central focus, she notes, is that the community organizer must understand that conflict will arise and to redirect it and, as she quoted him in her thesis, be “…dedicated to changing the character of life of a particular community [and] has an initial function of serving as an abrasive agent to rub raw the resentments of the people of the community; to fan latent hostilities of many of the people to the point of overt expressions… to provide a channel into which they can pour their frustration of the past; to create a mechanism which can drain off underlying guilt for having accepted the previous situation for so long a time. When those who represent the status quo label you [i.e. the community organizer] as an ‘agitator’ they are completely correct, for that is, in one word, your function–to agitate to the point of conflict.”
The thesis in and of itself is limited to whether or not “social justice” can be attained through the tactics described by Alinsky in “Reveille For Radicals,” and the numerous speeches he gave on hundreds of college campuses in the 1950s and 1960s. What had become clear was that Alinsky’s previous organizing had fallen apart and almost all attempts to recapture the original intent had gone by the wayside.

Hillary noted that, “Alinsky’s lessons in organizing and mobilizing community action independent of extra-community strings appear to have been lost in the face of the lure of OEO money.” Pointing out that the power of the government took away the work of the “local organizer.” It is here that we see her light bulb illuminate. With this reasoning, the better approach would be to be the government who had the power to force social change.

But just because Hillary criticized Alinsky’s model in 1969 doesn’t mean she disagrees with his politics. In fact, it could very well be that Hillary’s model, which was to gain political power and wield it to gain social change, is simply her thesis finally realized. She criticized Alinsky, not so much for his tactics, but for his focus on organization. What is possibly the best way to put Hillary’s philosophy is what she told the Black Lives Matter movement, saying, “I don’t believe you change hearts, you change laws, you change allocation of resources, you change the way systems operate.”

Hillary questions whether organizing as Alinsky did in the Back of the Yards neighborhood in Chicago and eventually across the country was effective enough because of the unanticipated results. She pointed to other lefty thinkers that criticized Alinsky as a “showman rather than an activist.”
It should also be noted that while Alinsky’s “Reville for Radicals” was directed at labor organizing, “Rules For Radicals” was directed at middle class youth, instructing them how to carry out his model in a new age. Ever the social observer, Alinsky recognized that the blue-collar workers of the 1930s were no longer, “where it’s at,” but that middle class youth of the 60s was ripe for organization. But also, the emphasis in the prologue of working within the system is eerily similar to Clinton’s argumentation. In her 2003 book, “Living History,” Clinton wrote, “He believed you could change the system only from the outside. I didn’t. Alinsky said I would be wasting my time, but my decision was an expression of my belief that the system could be changed from within.”

At the end of Clinton’s thesis, she includes correspondence she received from Alinsky, and notes the personal interviews she conducted with him: twice in Boston in October 1968 and once at Wellesley in January 1969. She followed his organization, Industrial Areas Foundation, which was a training institute for communist radicals. She credited Saul Alinsky for both “providing a topic” and “offering me a job.” She never questioned the organization’s ultimate goal to achieve a Marxist utopia. What drove Hillary was how to get there.

Hillary’s whole life has been dedicated to socialist/communist ends. The fact that the arguments and the anger fomented by Alinsky in the 40s, 50s and 60s are the same arguments and anger of today’s Obama/Clinton model is telling. For 75 years, inner city blacks have been poor, labor unions have worked to put their members out of a job, and everyday there is some new group claiming it doesn’t have equality. All of these groups have been targeted by these so-called organizational geniuses. No matter what happens, either by the power/conflict ideals of Alinsky and Obama or by power grabs/money laundering of the Clintons, the lives of the people get worse. It is not whether Saul or Hillary are right about how to “achieve democratic equality,” or whose tactics are more effective, but of the failure of the philosophy behind it.

Hillary kept in contact with Alinsky throughout college and while in law school, she wrote him a letter claiming that she missed corresponding with him. The letter began, “Dear Saul, When is that new book [Rules for Radicals] coming out — or has it come and I somehow missed the fulfillment of Revelation? I have just had my one-thousandth conversation about Reveille [for Radicals] and need some new material to throw at people,” — she added, a reference to Alinsky’s 1946 book on his theories of community organizing.