What Is It And Why Bother To Understand It?

Once You Understand It, All The Illogical Geopolitical Events World Wide Will Now Make Sense To You

This is the first post of what will be an ongoing exploration of the Globalist NWO Agenda. All information posted are reprinted from the following website:  GlobalistAgenda.org. This is a wonderful site that someone (seems to be anonymous) has put a great deal of effort and research.

The following is an intro to The Globalist NWO Agenda:

“In searching for a new enemy to unite us, we came up with the idea that pollution, the threat of global warming, water shortages, famine and the like would fit the bill.” – “The First Global Revolution”, A Report by the Council of the Club of Rome by Alexander King and Bertrand Schneider 1991. 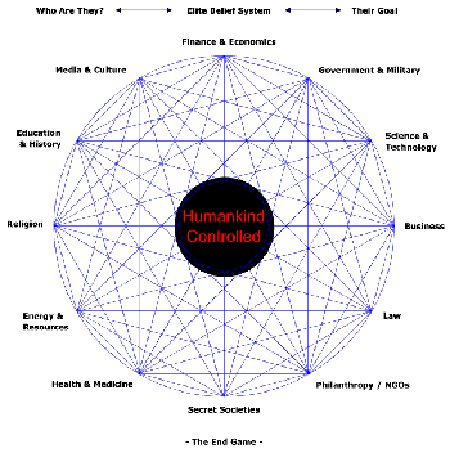 The Globalist Agenda represents a plan to bring all of Earth’s inhabitants under the control of a single, global state. There is a small, but powerful group of individuals who are the architects and instigators behind the formation and implementation of this “New World Order”. Using their influence through international organizations such as the IMF, World Bank, the Royal Institute of International Affairs (RIIA), the Council on Foreign Relations (CFR), the Trilateral Commission, the Bilderberg Group, the United Nations, NATO, and hundreds of other non-governmental organizations, the objective of these internationalists is nothing less than the subjugation of everyone on the planet as servants to a one world government (servants means slaves). A government run by the same small group of elite that have ruled the masses for a very long time under various guises. These elite are the descendents of those that ruled for at least the past 2 centuries – kings and queens, bankers, robber barrons, priests, and assorted subservient oligarchs and media representatives. Their desire for a return to a one world feudal state should come as no surprise to anyone who has read a little history. It is their nature after all.

I will be posting more excerpts from GlobalistAgenda.org in the following weeks so stay tuned.