Brought In To Participate In The Jade Helm Operation?

This would solve that problem 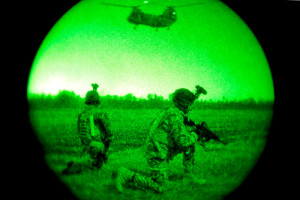 We’ve all seen the unprecedented deployment of military equipment across the USA; however, this was a yawn for most people because in order for this to be a credible threat–you would have to believe that Soldiers in the US Military would be willing to turn their weapons on their fellow citizens. Enter a group of soldiers who have been using the exact same military equipment being deployed in the US this summer–and this becomes a VERY legitimate and real threat.

If you have been following the US foreign policy amateur hour in Ukraine, brought to you by Victoria Nuland and friends, you know that the US Military has been training locals and “supervising” the death and destruction in that far away country. Ukraine recently missed a bond payment which put the country in default, which also signaled the end of this ill-conceived attempt of regime change. It wasn’t a total loss, the US was able to get ALL the gold held by the Ukrainian Central Bank–AND, more importantly, provided the Ukrainian soldiers, who turned on their fellow countrymen, an escape route from the wrath of the families of the Ukrainians these savages raped and murdered. (Like a mini Operation PaperClip.)

[I imagine the conversation went something like this: “You can either give up your weapons and equipment and face your fellow countrymen, or you can continue doing what we have trained you to do in another country? Before you answer, we will also give you full US Citizenship AND Active Duty status in the US Army… ]

Fast forward to today, where the Ukrainian Mercenaries have arrived in Fort Carson, Colorado, as new members of the US Army’s 10th Special Forces Group. Yes, the same “Special Forces” coordinating the Jade Helm 15 “drill.”

If you don’t think 2,500 well-armed and trained mercenaries could do much damage, just consider how much chaos has been caused recently by individuals with a handgun and a couple of clips of ammo. Add to that the situational awareness and fitness of the average American, and it won’t be much of a contest (some teenagers with quick hands might get off a couple of “selfies” or tweets before the “Russian sounding” killers end their lives.)

Every local law enforcement agency has ALREADY been briefed to not respond to 911 calls during the “drill” between the hours of 9:00 PM and 6:00 AM. How much chaos and destruction could 500 thugs cause in the 5 primary Jade Helm states? Instead of a single “Active Shooter” there will be 2500 of them.

I don’t know how this will all go down (or even if this is the real threat), but I have been paying attention to how the criminals running our government behave–and this type of False Flag is their bread and butter. Present the Suckers with crisis they haven’t experienced before (ie planes flying into buildings) and under the cover of chaos, carry out their sinister objectives.

Imagine this: It’s 2:00 AM, 500 armed mercenaries in humvees and tanks are rolling down your street, what do you do? Please leave your suggestions below.

Hat tip to this site, where I first read about the mercenaries arriving in Colorado: http://www.whatdoesitmean.com/index1885.htm Scroll down to the part about, “July 5, 2015 Obama Moves 2,500 Feared Ukrainian-Nazi Fighters To Colorado For “Reasons Unknown” 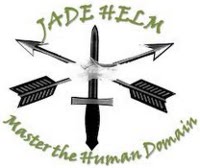