This Is Good News For Trump

He oversaw the subprime bubble that imploded and triggered the crisis, irremediably damaging the economy 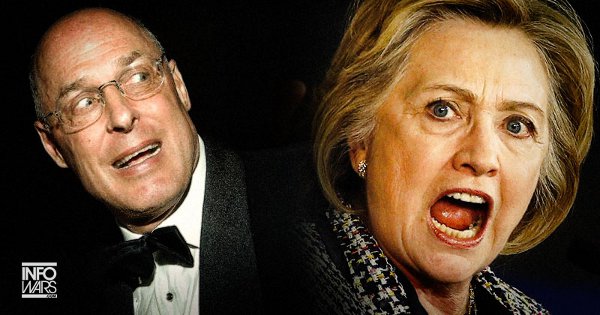 On Friday the former CEO of Goldman Sachs and Secretary of the Treasury Hank Paulson endorsed Hillary Clinton.

“I’ll be voting for Hillary Clinton with the hope that she can bring Americans together to do the things necessary to strengthen our economy, our environment and our place in the world,” Paulson wrote for The Washington Post. “To my Republican friends: I know I’m not alone.”

He characterized a Donald Trump presidency as “unthinkable.”

In addition to supporting the globalist agenda in regard to trade and immigration, Paulson favors Clinton because he believes she will slash Medicare and Social Security.

Paulson is directly responsible for the largest financial crisis since the Great Depression. He oversaw the subprime bubble that imploded and triggered the crisis, irremediably damaging the economy.

At Goldman Sachs, he specialized repackaging shady subprime mortgages as securities. He was at the helm of the Treasury when Goldman unloaded over $30 million in risky residential mortgage securities to pension funds and later made billions secretly on the fall of home mortgage securities. Goldman, along with Citigroup and other Wall Street investment houses with stakes in the subprime scam, awarded their CEOs more than $180 million in salaries and bonuses in 2006 and 2007, according to SEC disclosures.

“No one was better positioned . . . than Mr. Paulson to understand exactly what the implications of his moving against the (housing) bubble would have been for Goldman Sachs, because he knew what the Goldman Sachs positions were,” William Black, a former senior thrift regulator and a leading expert on the subprime meltdown, told McClatchy.

Paulson also told hedge fund oligarchs at the Manhattan offices of Eton Park Capital Management the government planned to put Fannie Mae and Freddie Mac into “conservatorship,” a polite word for a government seizure designed to allow the firms to continue operations despite heavy losses in the mortgage markets. He provided this warning seven weeks before the government acted. “Hank Paulson just randomly told his bros something so sensitive that even a hedge fund manager’s lawyer didn’t want to touch it,” writes John Cook.

After the crisis, Paulson and then chairman of the Federal Reserve, Ben Bernanke, browbeat Congress into passing TARP (Troubled Asset Relief Program), a $700 billion scheme to bailout the “too big to fail” banks responsible for the meltdown. “In retrospect, Congress felt bullied by Mr. Paulson last year,” The New York Times reported in 2009.

Paulson lied when he claimed the banks were sound. “These are healthy institutions, and they have taken this step for the good of the economy,” he said. In fact, the banks, led by Citigroup Inc. and Bank of America Corp., were teetering and required billions to stay afloat.

Paulson, Goldman Sachs and their bankster buddies violated numerous federal laws. It would be easy to lock him up for violating 8 U.S.C. 1346, which makes it a felony for a government official to breach his fiduciary obligation to taxpayers. But this, of course, will never happen because Paulson and crew are doing the work of the financial elite.

Hillary Clinton will continue this work. That’s why The Washington Post provided ample space for Paulson to make the case for Hillary and trash Donald Trump.