You Are Being Brain Washed !!!

I heard Rush talking about the Gaslighting technique being used by the left.

Of course this technique of psychological manipulation of the general populous is not new, and has been used successfully by the Nazis and Soviets.

The article referred to is re-posted below, and is just an overview of how it is being used in the media right now.

Now just maybe this goes higher than just the left –

What if this is just another sign of The Mark Of The Beast and the preparation of the sheep? 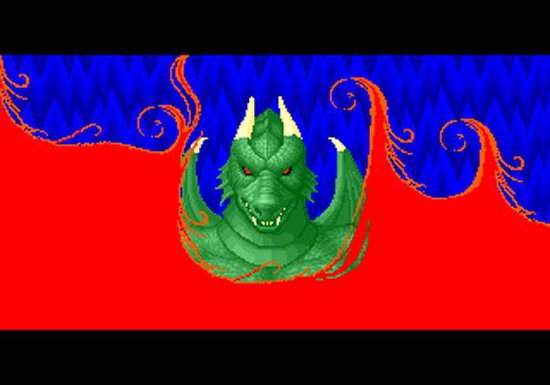 As the past few news cycles have proven, the Left appears to be losing the transgender debate, in large part because its position in this debate is preposterous, anti-scientific nonsense. “A man can be a woman if he wants to” is a clearly false statement—demonstrably so—and the growing pushback against this ideology may be a sign that things are turning around. It’s possible the public may finally stop treating a mental illness as a celebrated social-justice cause. One can hope.

Nonetheless, progressives have become desperate to regain the ground they’ve lost, and increasingly their tactics resemble the phenomenon known as “gaslighting,” in which one party tries to convince another, through rhetorical dishonesty and outright fakery, that the latter’s memory, intelligence, and even sanity are in doubt.

Take Mary Elizabeth Williams at Salon. Upset at the comparisons between “transgender woman” Caitlyn Jenner and serial race-faker Rachel Dolezal, Williams explained why the two are not comparable, noting that “race and gender are actually two different things,” pointing out that there are multiple studies that point towards a “biological basis for gender identity,” and claiming that before she believes in “transracialism,” she’d “like to see some data first, thanks.”

Gender Is Biological, Except When It’s Not

This is actually a fairly common tactic within this debate: a constantly-shifting explication of transgender pathology. Whenever the Left grows even moderately desperate when debating transgenderism, they make an appeal to biology, claiming that studies have shown a marked neurological difference between transgenders and non-transgenders. Yet we are also constantly being told that gender is a “social construct,” eternally malleable and essentially fiction. But these two classifications cannot exist simultaneously: something cannot be both biological and a product of societal influences.

The point isn’t to make a coherent argument, but to propagate lies and falsehoods to embarrass and confuse conservatives as much as possible.

And it’s not even remotely settled one way or the other. The National Center for Transgender Equality, for one, concedes that “there is not yet scientific consensus” on what causes transgenderism. The American Psychological Association admits that “there is no single explanation for why some people are transgender.” According to the APA, biology, early childhood and adulthood may all play a role in a person’s “gender identity.”

Perhaps we’ll one day know exactly why people believe they are transgendered. But in the meantime, progressives are happy to use whatever explanation is most convenient for them in any given argument. Tomorrow, Williams and countless other liberals will probably be claiming gender is entirely a social phenomenon, and that biology has nothing to do with it. The point isn’t to make a coherent argument, but to propagate lies and falsehoods to embarrass and confuse conservatives as much as possible.

Yes, I Have a Hang-Up About Hurting People

There is also a constant push in this debate to paint conservatives as nasty reactionaries with ulterior motives. In a recent article for the National Post, Justin Moyer accused conservatives of having “hang-ups about fluid gender identities.” Actually, it’s not at all like that—we’re simply concerned that a vulnerable subset of the population is being encouraged to treat a mental disorder like a healthy, normal feature of everyday life.

The transgender suicide rate is unbelievably high, and many of us are not comfortable supporting delusions that may lead to suicide.

The transgender suicide rate is unbelievably high, and many of us are not comfortable supporting delusions that may lead to suicide. Nobody I know has a “hang-up” about “fluid gender identities,” and nobody I know would support treating a “transgender” person with any unkindness whatsoever. It’s not a matter of hang-ups but a matter of decency: mentally ill people deserve love, help, and compassion, not indulgence.

Yet the accusations nevertheless persist: if you’re not on board with transgender theory, you’re just a hoary, dusty old “social conservative” who can’t get over his deep-seated fears about gender fluidity. This is the broken argument of a desperate hack. It is an attempt not to engage in a debate but pretend that the debate is intrinsically flawed because of one’s prior convictions. If you don’t believe a man can literally become a woman, then you just have a “hang-up.”

Sadly, this type of rhetoric is all-too-common, and not just on the progressive Left. Writing at Reason, Nick Gillespie recently criticized critics of Bruce Jenner’s “transition” (and those, like my Federalist colleague Sean Davis, who compared it to Dolezal’s “transracialism”), stating that conservatives were “disturbed” by transgender people, that we “lost [our] shit” upon Caitlyn Jenner’s reveal, that “trans identity…flips out conservatives,” and that we are “repulsed by the idea of a man becoming a woman.”

All of this is an argument in bad faith. Gillespie is not sincerely engaging any of the points made by those of us who refuse to accept transgenderism’s premise. Instead, he is bypassing engagement altogether, and painting us as archaic fossils who just can’t get with it on hip twenty-first-century academic gender theory.

You Can Have No Reasons But Animus

Instead of having sincere concerns about what transgenderism entails, we’re allegedly just “repulsed” and “disturbed” by it. Gillespie, in other words, is refusing to allow for a fair debate; he instead prefers to present conservatives as mentally and emotionally deficient, unable to engage in rational discourse about this incredibly important topic. Shame on him.

Gillespie prefers to present conservatives as mentally and emotionally deficient, unable to engage in rational discourse about this incredibly important topic.

As my colleague Robert Tracinski recently pointed out, the growing normalization of insanity has resulted in the concurrent stigmatization of normalcy itself. Perhaps more than any other political and philosophical debate in recent memory, transgenderism has revealed this dismaying tendency in much of politics: if someone does not agree with the tenets of Progressive gender politics, then he will be painted as a deranged, antediluvian, backwards-looking hatemonger who can’t get past his own outmoded psychological neuroses. Conservatives are increasingly on the receiving end of a full-blown gaslighting, while progressives and libertarians congratulate themselves on how open-minded and tolerant they are.

Meanwhile, the transgender suicide rate hovers around 40 percent. That is the data Williams and everyone else should be looking at. But they refuse to examine this, for fear they might look like they have “hang-ups.” They would much prefer to look like cowards instead.

Daniel Payne is a senior contributor at The Federalist. He currently runs the blog Trial of the Century, and lives in Richmond, Virginia. Follow Daniel on Twitter.