We are already working on transition to Linux, so when a friend sent me this article – decided it’s time to spread the word.

Why You Must Dump Microsoft NOW
FREEMANSPERSPECTIVE · Aug 4th, 2015 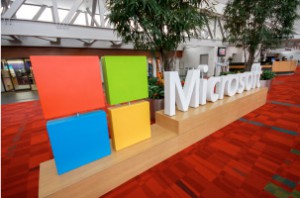 MicrosoftI’ve written about dumping Microsoft before – and I stand by those comments – but the newest outrage from Redmond forces me to it again. I don’t care how “inconvenient” you think it may be, you have to stop enriching Microsoft. NOW.

Yes, I have serious issues with Apple too, but at least Wozniak and Jobs started out as real hackers. Gates was a political monopolist, and it still shows.

As of August 1, 2015 (that is, a few days ago), Microsoft announced a new privacy policy and a new services agreement. In the words of one network professional, “Basically, they redefined their operating system to be spyware.”

The European Digital Rights organization examined these new policies in depth and concluded this:

Summing up these 45 pages, one can say that Microsoft basically grants itself very broad rights to collect everything you do, say, and write with and on your devices in order to sell more targeted advertising or to sell your data to third parties. The company appears to be granting itself the right to share your data either with your consent “or as necessary.”

If you’d like to verify anything, you can find the privacy statement here and the services agreement here.
The Ugly Details

The first detail to mention is that this applies to “Bing, Cortana, MSN, Office, OneDrive, Outlook.com, Skype, Windows, Xbox, and other Microsoft services… Microsoft websites, apps, software, and devices.” So, more or less anything of theirs that you touch.

And of course, they are doing all of this for you! Or at least they say so.

They collect… in their own words:

[Y]our first and last name, email address, postal address, phone number, … passwords, password hints, and similar security information, … your age, gender, country and preferred language, … your location, … the teams you follow, … the stocks you track, … favorite cities, … credit card number and the security code, … items you purchase, the web pages you visit, and the search terms you enter, … IP address, device identifiers, … your contacts and relationships, … your documents, photos, music or video you upload, … subject line and body of email, text or other content of an instant message, audio and video recording of a video message.

Now, if you are prepared to jump through a lot of hoops, they say you can opt out of some of this… not that many people will ever do it.

I’m not going to bore you with everything, but I will add just a few more tidbits:

Windows now has a device encryption feature, but they keep a copy of your recovery key, stored in their (very secure, trust us) “cloud.”

The also grab “data about the networks you connect to.” I interpret that as, “All your networks are belong to us too.”

“[W]e will access, disclose, and preserve personal data, including your content (such as the content of your emails, other private communications, or files in private folders), when we have a good faith belief that doing so is necessary.” (Their own words!) What that really means is, “We’ll listen in, record what you type, then store it or sell it as we see fit.”

Why Do They Do This?

Fundamentally, there are three reasons they do this:

People are suckers for ‘free.’ For reasons that I won’t go through here, the Internet has been overrun with an expectation that services should be free. That’s impossible, of course, but people want it all the same. So, clever people learned how to do make it possible: by trading in personal information.

And so, being an amoral, money-centric operation, Microsoft is running after the new model. Anything for a buck.

Keeping up with the Zuckerbergs. Google and Facebook became famous, sexy, and powerful playing the “own their private data” game, and Microsoft doesn’t want to be an also-ran. They want to be and remain the big dog. They want their status.

To service their masters. As best I can tell, Microsoft has sucked up to spy agencies and governments from the beginning, and this is just more of the same. A year or so ago, the FBI was complaining about encryption, moaning that it would enable people to “go dark.” These new policies will ensure that it never happens to anyone who uses a Microsoft product. I’m sure the watchers are appreciative.
What Should I do?

And no, it’s not too hard. Millions of people use Linux every day, including housewives, children, and grandparents.

The version of Linux I like best is Linux Mint. With it, you can run OpenOffice (also called LibreOffice), which does everything essential that MS Office does. Then get Firefox for a browser and Thunderbird for email, and you’re in business.
A Final Warning

The stealing of your personal data is a much bigger deal than you probably think it is. I devoted an entire issue of my subscription newsletter to this (FMP #59), and I won’t be able to cover it today, but it is a major threat to the future… and the near future.
Bonus

If you’re even thinking about getting Windows 10, please take a look at these annotated pages of Win 10 documentation. You can enlarge them.