Welcome To Hope And Change !!!

Here is a great article I found on Examinar.com that provides a perspective on what the next four years hold for us under the Obama Regime. 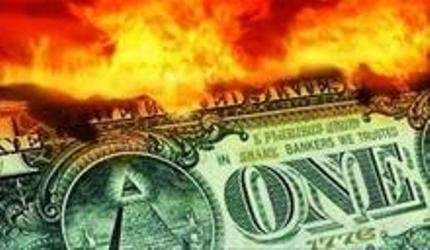 On Dec.4, Pastor Lindsey Williams, former minister to the global oil companies during the building of the Alaskan pipeline, and future trends reporter on economic and financial issues, announced on the Just Measures Radio Pathfinder program the ten financial and economic plans scheduled for America over the next four years. Beginning with a massive increase of forced debt on the Federal government, states, and the American people, the end game is for the dollar to be phased out, and to have over 70% of the population reliant upon government benefits by 2016.

1. There is going to be forced debt creation

2. They will tax the middle class into oblivion

4. Dollar will be phased out over the next four years

6. Middle class to feel the effects of a global ‘fistfight’ between the old elite, a renegade President, and a new elite coming out of Asia

7. By the end of the next four years, 70% will be dependent in some form of government benefit

9. Plan to take over churches (that are mortgaged)

10. Millions of Muslims will be brought in to the country over the next four years. – Lindsey William, Pathfinder Radio Show, Dec. 4

According to Pastor Williams and his sources, the primary purpose of implementing these programs is for the eventual phasing out of the dollar, and ensuring the population is ready for a new currency and economic system. Already, debt for most Americans is increasing as student loans reach historic highs, long term unemployment remains at Depression era levels, little or no middle income jobs are being created, and inflation has raised the cost of food by more than 30% in the past year alone.

In regards to the dollar, its days appear numbered even before Pastor Williams announced the intention of the ruling class. China has implemented three distinct programs which now allow three billion people across the globe to perform transactions, including in energy, in currencies other than the dollar.

During the month of December and leading into January of 2013, Congress, along with President Obama, are discussing several tax, spending, and debt programs to help alleviate a perceived ‘fiscal cliff’ that will occur when the Bush tax cuts end, and national healthcare (Obamacare) begins. One of these debt programs is to allow the White House to seize control the debt ceiling, thus eliminating it from Congressional control, and allowing government borrowing to occur limitless according to law. This, along with unlimited money printing and bond buying from the Federal Reserve, will accelerate the death of the dollar, and bring massive inflation through which the American people will have difficulty buying goods and services without government intervention.

Old world economies in the West have not recovered since the 2008 credit crash, and in fact have gotten much worse. Nations such as Italy, Spain, and Greece have lost their leadership, and remain in such economic straits that riots are becoming weekly occurrences. In the Untied States, economic growth has fallen below 2%, with hundreds of companies laying off employees by the thousands. Additionally, America’s largest employer Walmart is preparing to cut worker hours to less than 30 per week to ensure they don’t incur the premium costs of Obamacare next year.

With the election season over, and Barack Obama once again in office for another four years, a ramp up of his original plans to redistribute wealth, and tax Americans through a myriad of programs is virtually assured. In response, that slowdown of economic growth, rising inflation from the Fed devaluing the dollar, and the growing number of Americans now reliant upon government benefits gives a great deal of credence to the ten agendas Americans can expect to see on the horizon for themselves and the country during the next four years.
Suggested by the author:

Asian summit nations reject President Obama and create new economic partnership
Dollar no longer primary oil currency as China begins to sell oil using Yuan
China along with other BRIC nations prepare to form bank to replace the IMF
War for oil: China reaps the benefits of America’s 10 year conflict in Iraq
Fiscal cliff could be avoided if we brought growth back to country and economy

Just re-read this article again and note that it looks like the NWO Agenda is right on schedule with few exceptions. Only thing I see is that we are currently in a deflationary cycle (may not last long).