I was so impressed with Dice that I did some online research on the man, his books, and how he views the whole “New World Order” theory.

I found that what he has to say is close to what I believe and the conclusions I’ve come to.

This guy has guts – and in this current environment where people that get a little close to the truth have an annoying habit of dying mysteriously.

Here is a review of his current books and I highly recommend them.

Mark Dice’s 415 page book, The Illuminati: Facts & Fiction separates and analyzes the various claims and evidence about the Illuminati, their history, beliefs, members, organizations, and activities. This is a supplement for Mark’s previous book, The Resistance Manifesto, which focuses more on the New World Order, the 9/11 attacks, Big Brother, and how the political agendas of the elite are fulfilling Bible prophecy.

The Illuminati: Facts & Fiction focuses more on the Illuminati secret society and historical evidence pointing to its existence and actions. The trail of information discussing the Illuminati is traced back to the original sources, as each one is analyzed with regards to its authorship and the information found in each source. This book is also about debunking various frauds, exaggerations, and disinformation involving the organization and also highlights the rare instances that the Illuminati or subsidiary organizations are mentioned in mainstream media or incorporated into fictional films, books, and TV shows.

The deeper one goes down the rabbit hole, the more bizarre the information becomes. When one is new to this path, what appears to be a misunderstanding, an exaggeration, or a lie, often is found to be factual and thoroughly documented by reliable sources. In this book Mark Dice has taken an objective and skeptical view of the topic and has sifted through the volumes of information to get to the truth and the sources which lead to its discovery so we can leave the fiction, distortions and lies by the wayside and not be fooled or distracted by them. As the cliché goes, the truth is stranger than fiction.

Orwell’s famous book was first published in 1949, and tells the story of a nightmarish future where citizens have lost all privacy and are continuously monitored by the omniscient Big Brother surveillance system which keeps them obedient to a totalitarian government.

The novel is eerily prophetic as many of the fictional systems of surveillance described have now become a reality.  Mark Dice shows you the scary documentation that Big Brother is watching you, and is more powerful than you could imagine. 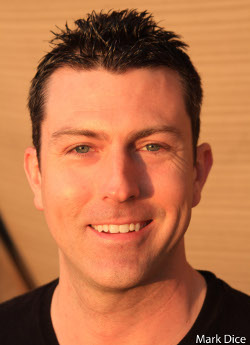 What is the New World Order?  Proponents say that it’s an anticipated new era of global cooperation between diverse nations and cultures aimed at ushering in a utopia providing all the earth’s citizens with everything they need.

Detractors claim it’s the systematic take-over by secret societies, quasi-government entities and corporations who are covertly organizing a global socialist all-powerful government which aims to regulate every aspect of people’s lives, rendering them a perpetual working-class while the elite leadership lives in luxury.

Mark Dice looks at the evidence, claims, and conspiracy theories as he takes you down the rabbit hole to The New World Order.  This is a companion for Mark’s previous book, The Illuminati: Facts & Fiction.

Author and activist Mark Dice has written the definitive book on secret societies, the New World Order, and occult philosophy. In the 450 pages of The Resistance Manifesto you will learn about the institutions, people, and powers who secretly pull the strings in politics, banking, and the media around the world.

“If you want to save yourself countless hours of endlessly searching the Internet and staring at your computer monitor reading sourceless allegations and fanciful paranoia, then I encourage you to get a copy of the manifesto. You’ll find that practically every major New World Order institution, event, and philosophy is explained in detail so that anyone with a desire to know the truth will be able to see it crystal clear,” says Mark.

“I own most of the old esoteric books that you sometimes hear people talk about when discussing the New World Order and the Illuminati. I have studied them for years, and in the manifesto I show that it’s not just me making claims about what the global elite’s plans are, but I clearly show you that people on the inside have written out their agendas in books and documents that are obscure, yet available to the public.”

Information found in The Resistance Manifesto is thoroughly documented and footnoted from mainstream news outlets, declassified documents, television interviews, and other reliable sources to ensure its accuracy. The most knowledgeable and respected researchers in the field have endorsed Mark Dice’s work. Alex Jones, Jason Bermas, Jim Marrs, Texe Marrs, Ted Gunderson and others have given their endorsement of The Resistance Manifesto, and the book has proved to become more valid and important with every passing day.

“It is my sincere hope that people who read the book will come to a better understanding of why things are happening the way they are, and their purpose in this world, and come into a harmonious relationship with the Divine creator of the Universe, while standing up for liberty and justice for others.”

Jesus said that the truth shall set us free, and by knowing the truth about the people, powers, and institutions involved in pulling the strings of the world’s events, one can better protect themselves and others from the pitfalls that have been purposely created to ensnare us.

“I had difficult questions about what was happening in the world, and I found the answers. Now I want to share those answers with anyone else who is seeking them,” says Mark.

A detailed analysis of the September 11th attacks and evidence they were aided by elements within U.S. and foreign intelligence agencies to be used as a reason to jumpstart the “War on Terror” and the erosion of privacy and personal liberties outlined in the constitution.

The Knights Templar, the real Holy Grail, and the role the Templars played in the formation of the Illuminati mafia.

Quotes from the original writings of the Illuminati founders and how the organization drew up plans over 200 years ago to take over every major institution of power and influence in the world through deception and criminal activity.

An expose on the Bohemian Grove resort including quotes from President Richard Nixon, senator John Decamp, and information from Chris Jones who worked at the club and became an informant on the activities within the compound.

The history and meaning of the mysterious Georgia Guidestones monument and why the elite want to reduce world population to 500 million by killing billions of people through wars and plagues.

A history of the Church of Satan including disturbing quotes from founder Anton Lavey’s authorized biography where he explains that he hopes people commit mass murder in the name of Satan.

Scientology’s connection with Satanism and L. Ron Hubbard’s friendship with Aleister Crowley who wrote instructions for sacrificing children to Satan in his books.

How Adolf Hitler and his inner circle of Nazi collaborators held occult beliefs and practiced bizarre rituals hoping to evolve into gods and believed that they were descendents from god-men from the lost city of Atlantis.

The secret plan to create a new currency called the Amero and merge the United States, Canada, and Mexico in a North American Union after the collapse of the U.S. Dollar.

The Verichip implantable microchip and other RFID tags are explained, as well as the ultimate goals of replacing drivers licenses and cash by using these devices so that every person on the planet will not be able to buy or sell anything without one.

Sophisticated government spy systems such as Echelon and Carnivore and their true capabilities are explained including using your cell phone mic as a directional bug to listen to you even if your phone is turned off.

Department of Defense plans to create cybernetic organisms and implant humans with neural interfaces by wiring computers directly into the brain and billions of dollars pouring into robotic soldier programs.

Secret prison camps and detention centers which are already constructed and ready to be filled with those who resist the tyranny of the New World Order.

How private organizations such as the Federal Reserve Bank, the Council on Foreign Relations, and the Trilateral Commission hold tremendous power and influence over domestic and international affairs, while giving the appearance that they are a part of the United States government.

The Vatican’s plan to establish the Catholic Church as the only “true” Christian authority in an attempt to later unify Christianity into the one world religion in preparation for the antichrist to claim that he is the messiah.

Obscure esoteric books by famous occultists from the past clearly admit the Illuminati’s secret plans. Helena Blavatski, Alice Bailey, and Manly P. Hall openly wrote about the end game of the Illuminati and their desire to create the infrastructure for the antichrist to seize power and claim to be the messiah of the world’s religions.

Other aspects of the New World Order are also explored in extreme detail. The philosophy of the Illuminati and its subsidiary secret societies is fully explained and the ruthless mind set of the elite members is exposed.

And how all of these events fit in perfectly with Bible prophecy and why you won’t hear about any of this in your local church because they will lose their 501C3 tax exempt status.