Have you noticed little tidbits introduced on Main Stream media about The Feds removing the $100 bill from circulation?

They claim it will save the government money in printing cost, and help cut into drug trafficking and money laundering.

I think they are pulling out all stops in prep for coming financial collapse.

The ultimate goal is to go totally to a digital currency that will be in complete control of the Global Financial Oligarchy — i.e. THE MARK OF THE BEAST ! 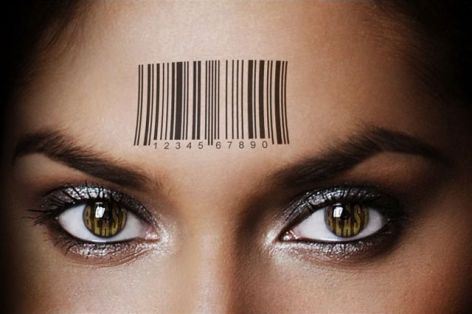 John Truman Wolfe has authored some excellent info on this and several books (listed below).

I have re posted an excellent article below from Mr. Wolfe’s website:

THE WAR ON CASH: CAUSES AND CURES

February 12, 2016Posted by John Truman Wolfe in Financial crisis with no comments

That we are moving at light speed to a cashless society is not the plan of some future dystopian agenda.

It is happening now.

The media flanking PR includes articles, editorials and opinion pieces from the elite of the financial press and mega-banking institutions on the planet including: the Wall Street Journal, The Financial Times, Bloomberg, Harvard, Citibank, JP Morgan Chase and a host of others.

Moreover, virtually every major country and / or central bank in the world has instituted restrictions on the use or ownership of cash. I mean everybody has jumped on this bandwagon.

Cash is bad, it’s dirty, it is used by criminals, it is a relic, it’s analog!

The war includes such acts of government sanctioned financial terrorism as teams of the French Financial Police going through trains in France and confiscating cash from people traveling through the country that exceeds the limit set by the French government.

You think this is something out of a science fiction novel?.

“France passed another new Draconian law; from the summer of 2015, it will now impose cash requirements dramatically trying to eliminate cash by force. French citizens and tourists will only be allowed a limited amount of physical money. They have financial police searching people on trains just passing through France to see if they are transporting cash, which they will now seize.”

Because, central bankers, who control governments, want to implement negative interest rates. This means the depositor not only does not receive interest on his deposit, but pays the bank to hold the money.

This is occurring now at major banks in the United States and Europe as we speak.

This dramatically increases bank revenue and cuts the expense of handling that filthy paper. It can also stop bank runs.

But if the banks institute sweeping negative interest rates, depositors will take their money out of the bank and put it in safes at home, or under the mattress, in the cookie jar, or in the out house.

But if money is digital….no can do.

And governments benefit in a number of ways. Hopelessly addicted to spending like heroin junkies they frantically look for the only fix that can soothe their lust: taxes.

Digital money gives them access to the zeros and ones that can feed their insatiable compulsion to spend.

And then, of course, they will be able to stick their digital nose into any and all of your financial transactions – the ultimate totalitarian control mechanism.

This agenda is in full swing globally as we speak. As just one example, Israel has established a committee to turn their nation into an entirely cashless society.

Will Israel be the first cashless society on the entire planet?  A committee chaired by Israeli Prime Minister Benjamin Netanyahu’s chief of staff has come up with a three phase plan to “all but do away with cash transactions in Israel”

What does one do in the face of a global fiscal jihad?

Buy and read The Coming Financial Crisis a Look Behind the Wizard’s Curtain.