Movie AmeriGEDDON, the plot is based on an EMP attack from a North Korean satellite

Hollywood and other powerful entities, including the Obama Administration do not want you to see this movie

For this reason it was necessary to release this movie independently

Please do what you can to support the movie

Do You Know The TRUE Threat North Korea Represents?

Here’s what the mainstream media isn’t telling you
Gary Heavin | Infowars.com – May 12, 2016 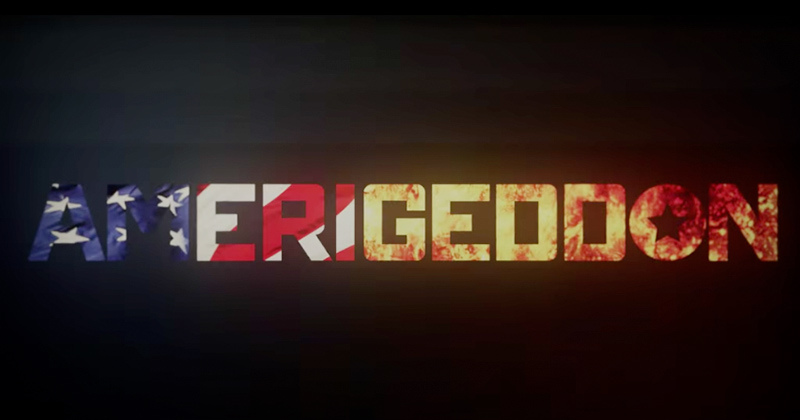 I feel compelled to write a blog today due to the amount of relevant news in the media.

As most of you know from watching the trailer for our movie AmeriGEDDON, the plot is based on an EMP attack from a North Korean satellite.

As reported by various news outlets, North Korea has been performing underground testing of nuclear devices.

One of the criticisms that we’re reading in the press coming from American authorities is that the devices have been of a low detonation type.

The “experts” are literally ridiculing the North Koreans for the minimal impact that these devices would have if detonated over an American city.

I believe this is just more propaganda that is purposed to keep us from knowing the true danger that we face as a nation.

It is inconceivable that these “experts” don’t understand the true purpose of North Korea’s intentions.

North Korea will never have a nuclear arsenal that would be adequate to attack multiple American cities. Nor do they need to.

One low-detonation, high-gamma ray producing nuclear device detonated 300 or so miles above our nation would destroy the electric grid and most electronic devices in our country.

According to the congressional EMP commission, 90% of Americans will die within 12 months.

The second story that we need to pay attention to is the launching of a satellite by North Korea on February 7, 2016.

This satellite passes over our nation 3 times each day. It just happens to be at the perfect altitude of 315 miles above our surface.

The propagandized criticism being put out over this event is that it was to test their ballistic missiles.

Again, this is an attempt to guide our concerns away from a logical EMP attack and towards the illogical conventional nuclear attack concerns.

We know that Russia, China and Iran have trade and other relationships with North Korea. We know that they have shared technology with each other.

If you were the leader of Russia or China and were continually threatened by an imperialistic United States how would you defend yourself?

Would you threaten all-out nuclear war where no one wins? Or would you encourage North Korea to make the attack with an EMP?

They would accomplish their goals of decimating the US without incurring a worldwide nuclear holocaust.

The US could not prove their complicity and therefore could not retaliate against Russia and China.

Even if the US could identify North Korea as the perpetrator and respond by wiping North Korea off the map, the little dictator, Kim Jung Un, would be safely relocated to Beijing. We are fully aware of his total disregard for his people.

Now add to this scenario the plan of the globalists. Henry Kissinger stated, “the only thing standing in the way of a new world order is a strong America.”

The anti-American policies that are ongoing such as the open border, the import of un-vetted Syrians, the decimation of our armed forces and the financial bankrupting of our country can best be explained by understanding the true intent of the globalists running our country.

They have a plan and it’s not in your best interest.

By the way, there are 3 electric grids that provide electricity to the lower 48 states. Texas has one of these 3 grids and is the only state to have its own grid.

This past summer, the state legislature passed legislation to fund the hardening of our grid in order to protect it from an EMP attack. I’m glad I live here.

Our movie, AmeriGEDDON, is just in time. I wrote this script almost two years ago.

Everything is in place for this evil and vile plan to be initiated. Please support this movie so that we can wake people up. Perhaps some will prepare.

This article first appeared on: http://amerigeddonthemovie.com/blog/2016/2/23/will-north-korea-strike-usa-with-an-emp

In Theaters Friday! To Find A Theater Click: http://amerigeddonthemovie.com/theaters/