If you followed this debacle since the beginning, you’ve seen the story change on a daily basis. But I think the real truth behind what really happened is finally starting to sift through the cracks.

Here is an article on Restoring Liberty,(joemiller.us) published by Joe Miller which lays it out.

The Scandal That Will Bring Obama Down 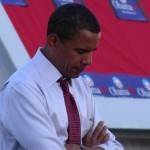 It’s even worse than we previously thought. A retired four-star admiral is now claiming that Barack Obama intentionally conspired with America’s enemies to stage a bogus attack and the kidnapping of an American ambassador so he could “negotiate” the release of a “hostage” and bolster his mediocre approval ratings just prior to the election!

The Washington Examiner, quoting retired Four-Star Admiral James Lyons, writes: “the attack on the American Consulate in Benghazi… was the result of a bungled abduction attempt…. the first stage of an international prisoner exchange… that would have ensured the release of Omar Abdel Rahman, the ‘Blind Sheik’…”

But something went horribly wrong with Obama’s “October Surprise.” Although the Obama Administration intentionally gutted security at the consulate prior to the staged kidnapping, former Navy SEALs Tyrone Woods and Glen Doherty disobeyed direct orders to stand down, saved American lives, single-handedly killed scores of attackers…and the attackers, believing that Obama had betrayed them, tortured Ambassador Chris Stevens and dragged his body through the streets.

Some will say that Admiral Lyons’ accusation is not a smoking gun. We agree; that’s exactly why Congress must investigate Benghazi-gate.

Moreover, we firmly believe the problem with Admiral Lyons’ assertion is that he is only scratching the surface; the full and complete truth may be much, much worse.

Benghazi-gate is not about a bogus YouTube video series of lies. It’s not about the Obama Administration’s foreign policy ineptitude. We are dealing with something much more sinister… something potentially treasonous… and the following questions, posed in an article in The New American, go to the heart of the matter:

1. ”What was the Obama administration’s full role in helping violent Jihadists, self-styled al Qaeda terrorists, and Western-backed “revolutionaries” take over Libya in the first place?

2. Did that half-baked scheme to arm Jihadist leaders, who… had previously fought U.S. troops in Iraq, contribute to the attack, as countless experts and officials have suggested?

3. What was actually going on at the compound in Benghazi, which, as the report states, was never a “consulate” despite establishment media claims?

4. Was Ambassador Stevens recruiting and arming Jihadists and terrorists to wage war on the Syrian regime after what Obama called the “success” in Libya, as a growing body of credible evidence suggests?

5. Why did the administration claim for so long that the attack was just a “protest” over a YouTube video gone awry, even when it knew definitively that was not the case?

6. Was the lack of security at the compound a political ploy to conceal the extent of the lawlessness and utter chaos left in the wake of Obama’s unconstitutional “regime change” war on Libya, as even members of Congress have alleged?”

It’s clear. Benghazi-Gate is only a small piece of a much larger operation, an attempt to conceal what The New American calls “the Obama administration’s full role in helping violent Jihadists and self-styled al Qaeda terrorists.”