Are you living in the Matrix?

Did you take the blue pill or the red pill?

Theater shootings by a drugged out college student – mall shootings and school shootings by shooters that conveniently kill themselves – strange deaths and homicides involving people that seem to have a connection to the government’s war on the second amendment.

“Conspiracy Theories” – all this stuff is just a little too convenient as far as I see it. It’s truly mind-bending.

Here is the latest mass murder with accompanying suicide:

Phillip Marshall Wrote About a Conspiracy; Was He the Victim of One? 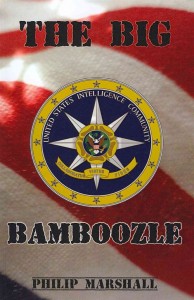 Former airline pilot Phillip (alternately, “Philip”) Marshall spent a great deal of time around Santa Barbara last year preparing for the release of his controversial 9/11 conspiracy book “The Big Bamboozle: 9/11 and the War on Terror.”

During the editing and pre-marketing process of Marshall’s book, he expressed some degree of paranoia because the nonfiction work accused the George W. Bush administration of being in cahoots with the Saudi intelligence community in training the hijackers who died in the planes used in the attacks.

“Think about this,” Marshall said last year in a written statement, “The official version about some ghost (Osama bin Laden) in some cave on the other side of the world defeating our entire military establishment on U.S. soil is absolutely preposterous.”

Marshall went on to say: “The true reason the attack was successful is because of an inside military stand-down and a coordinated training operation that prepared the hijackers to fly heavy commercial airliners. We have dozens of FBI documents to prove that this flight training was conducted California, Florida and Arizona in the 18 months leading up to the attack.”

The veteran pilot confided that he was concerned about his 10-year, independent 9/11 study and most recent book since they pointed to the Saudis and the Bush intelligence community as the executioners of the attack that defeated all U.S. military defenses on Sept. 11, 2001. Marshall said he knew his book might cause some people to take issue with him.

However, could last weekend’s killings in the remote, gated community of Forest Meadows outside the tiny town of Murphys be another conspiracy? Although sheriff’s investigators don’t know the motive, they reported that the killings as a double murder and suicide. Marshall was found in his home’s doorway in a pool of blood with a 9mm Glock pistol that he had just showed to a friend two weeks ago.

The Calaveras County coroner is having a toxicology report performed on the blood of Marshall and his children to determine if any drugs are present in their blood streams, which is standard procedure in cases like this. Reports from the county sheriff indicate the children were sleeping when shot. The coroner said Macaila Marshall, 14, and Alex Marshall, 17, were lying 6 feet from each other on separate parts of a large U-shaped sectional couch.

When asked whether it was possible the children were drugged, the coroner said he couldn’t say yet. “That’s a good question,” he said in published reports. “We will be checking tox on everybody. It did appear as though they were sleeping.” The toxicology results and pathologist’s report could be completed within three weeks.

“Cause of death is all going to be single gunshot wound to the head for everybody,” the coroner said. The family dog also was found dead from a gunshot in a bedroom.

Calaveras County officials said conspiracy theories about the deaths are growing on online comment forums below stories about the incident. Many of these stem from Marshall’s involvement with the CIA as a contract pilot in the 1980s and the books he wrote about 9/11.

The children’s mother, Sean Marshall, was traveling on business in Turkey at the time of the killings. The coroner said she is expected to arrive in the area soon to make funeral arrangements.

2008 crime reports indicate friction between Marshall and his spouse. Phillip Marshall was jailed briefly on suspicion of slapping Sean Marshall’s sister, but he was not prosecuted. Last year, Marshall told one of his book editors that he still was disputing custody of his children with his ex-wife, but gladly attended his son’s football games and was quite close with daughter.

However, at that time Marshall was heavily involved with publishing what became his last book.

“After an exhaustive 10-year study of this lethal attack that used Boeing airliners filled with passengers and fellow crew members as guided missiles, I am 100 percent convinced that a covert team of Saudi intelligence agents was the source of logistical, financial and tactical resources that directed essential flight training to the 9/11 hijackers for 18 months before the attack,” Marshall wrote. “This conclusion was determined six years ago and all subsequent evidence has only served to confirm this conclusion.”

On March 1, two former U.S. senators, who headed separate 9/11 federal investigations, also raised the possibility of Saudi involvement in the attacks that killed 3,000 people and spurred the global War on Terror. In sworn statements that seem likely to reignite the debate, former senators Bob Graham and Bob Kerrey, who saw top-secret information on the Saudis’ activities, said they believe that the Saudi government played a direct role in the terrorist attacks.

“I am convinced that there was a direct line between at least some of the terrorists who carried out the Sept. 11 attacks and the government of Saudi Arabia,” former Senator Bob Graham said in an affidavit filed as part of a lawsuit brought against the Saudi government and dozens of institutions in the country by families of 9/11 victims and others. Graham headed a 2002 joint congressional inquiry into the attacks and has claimed he was muzzled into silence about his committee’s findings in 2002 by former Vice President Dick Cheney and other top members of the Bush intelligence community.

In his own sworn affidavit, Kerrey said “significant questions remain unanswered” about the role of Saudi institutions. “Evidence relating to the plausible involvement of possible Saudi government agents in the (9/11) attacks has never been fully pursued,” Kerrey said in a March 1, 2012, New York Times article.

The affidavits, which were filed Feb. 24, are part of a multi-billion-dollar lawsuit going through federal courts since 2002. An appellate court, reversing an earlier decision, said in November that foreign nations were not immune to lawsuits under certain terrorism claims, clearing the way for parts of the Saudi case to be reheard in U.S. District Court in Manhattan.

Last year, Marshall spoke on the national radio broadcast AM Coast to Coast. He said the entire 9/11 episode was “a political stunt to favor the American shadow government that is currently doing business as the U.S. intelligence community.”