All Is Not What It Seems – Much More To Come

Soros and Ford Foundation Behind the Panama Papers 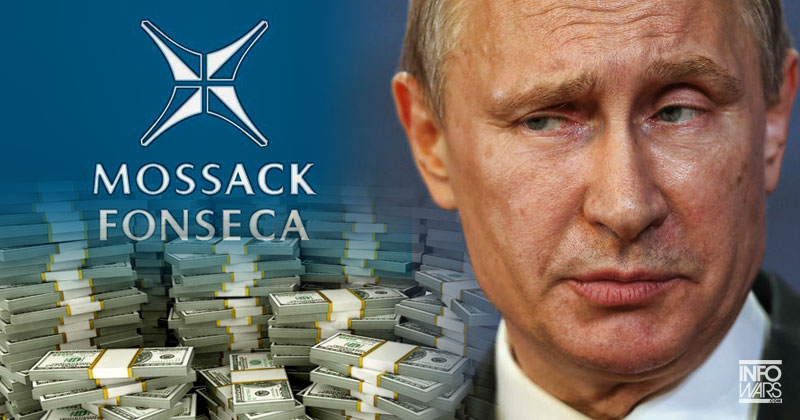 The corporate media has seized upon the so-called Panama Papers linked to the law firm Mossack Fonseca to heap condemnation on Russian President Vladimir Putin.

“ICIJ [International Consortium of Investigative Journalists] and an international coalition of media outlets investigated the trove of papers, which allegedly reveal a clandestine network involving associates of Russian President Vladimir Putin, and business ties between a member of FIFA’s [Fédération Internationale de Football Association] ethics committee and men whom the United States has indicted for corruption,” CNN reports this morning.

Putin is headlined in the emerging scandal, although he is not directly connected to the scheme to move billions of dollars into offshore tax havens. 12 current or former world leaders and 128 other politicians and public officials are directly implicated, but they play second fiddle to Putin in corporate media news stories.

The establishment has not bothered to investigate the International Consortium of Investigative Journalists (ICIJ), the organization behind the leak. A trip to its web page reveals its support and funding sources: the Open Society Foundations (a George Soros outfit), the Ford Foundation and a host of other foundations. Soros’ anti-Russian obsession is well-known. Less well-known is the fact the Ford Foundation is connected to the CIA and has specialized in international cultural propaganda since the end of the Second World War.

Craig Murray points out that ICIJ is funded and organized by the Center for Public Integrity (CPI), a liberal “watchdog” group famous for portraying Patrick J. Buchanan as a white supremacy supporter during the 1996 presidential race. Murray notes CPI is funded by a raft of globalist interests, including the Ford Foundation, the Carnegie Endowment, the Rockefeller Family Fund and the Open Society Foundation.

“The corporate media—the Guardian and BBC in the UK—have exclusive access to the database which you and I cannot see. They are protecting themselves from even seeing western corporations’ sensitive information by only looking at those documents which are brought up by specific searches such as UN sanctions busters. Never forget the Guardian smashed its copies of the Snowden files on the instruction of MI6,” writes Murray.

ICIJ and CPI are attempting to hijack investigative journalism and trade on the notoriety of Edward Snowden and WikiLeaks to take down Putin and Bashar al-Assad, the embattled leader of Syria.

The law “makes the parking of dirty US money abroad practically impossible. So where does that money go instead—it stays in the US,” writes Zero Hedge. “And, to top it off, there is one specific firm which is spearheading the conversion of the U.S. into Panama: Rothschild.”

The international bankster institution opened a trust company in Reno, Nevada. “It is now moving the fortunes of wealthy foreign clients out of offshore havens such as Bermuda, subject to the new international disclosure requirements, and into Rothschild-run trusts in Nevada, which are exempt,” Bloomberg reports. The United States “is effectively the biggest tax haven in the world,” boasted Andrew Penny of Rothschild. One of the world’s largest providers of offshore accounts, Trident Trust, opened an office in Sioux Falls, South Dakota.

The financial elite will gladly sacrifice Sigmundur David Gunnlaugsson, the prime minister of Iceland, and even the family of David Cameron, to get at Vladimir Putin.