Well its good to see that someone in the mainstream (Sara Palin) has the courage to tell it like it is.

It’s truly amazing to me that many people I know are reluctant to believe that our own government could possibly be preparing to fire on their own fellow citizens.

Palin: Feds ‘Stockpiling Bullets’ in Case of Riots After Default 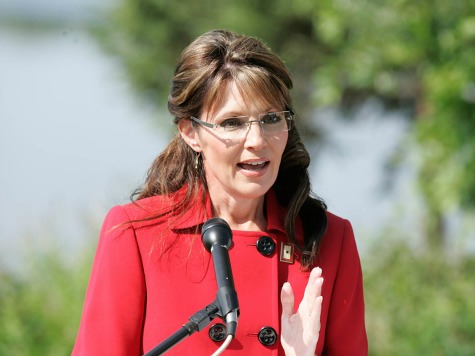 Former Alaska Governor Sarah Palin claimed the federal government is “stockpiling bullets in case of civil unrest.” Palin believes such calamity may result from the country defaulting on its obligations.

She claimed the threat of default exists because Washington politicians are not serious about reducing the country’s debt, as evidenced by the drama over the sequester.

“If we are going to wet our proverbial pants over 0.3% in annual spending cuts when we’re running up trillion dollar annual deficits, then we’re done,” Palin wrote of the sequester set to hit on Friday. “Put a fork in us. We’re finished. We’re going to default eventually and that’s why the feds are stockpiling bullets in case of civil unrest.”

In a Facebook note on Tuesday in which she blistered D.C. politicians for yet another “ginned-up” crisis, Palin wrote that the “real economic Armageddon looming before us is our runaway debt, not the sequester, which the President advocated for and signed into law and is now running around denouncing because he never had any genuine intention of reining in his reckless spending.”

Palin said the world knows that if Washington politicians cannot even deal with a modest 0.3% per year cut in the federal budget, then the country is heading straight for default.

“If we can’t stomach modest cuts that would lower federal spending by a mere 0.3% per year out of a current federal budget of $3.6 trillion, then we might as well signal to the whole world that we have no serious intention of dealing with our debt problem,” Palin continued.