Here is an excellent article from the examiner which may expose a bit of the fallout from what was clearly nothing but a giant money laundering scheme involving the Wall Street – Federal Government criminal cartel.

The article covers an interview with Craig B. Hulet on Coast-to-Coast AM November 8. I follow Craig and find him to be very credible with knowledge of what’s really going on in that cesspool of government in Washington DC. 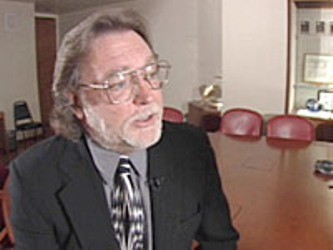 On Nov. 8, Craig B. Hulet, a well known and highly respected analyst on government policy, terrorism, and international relations, spoke on Coast to Coast AM regarding the growing scandal involving a lawsuit against the Federal Reserve, major banks, and many members of the Bush and Obama administrations. During his one hour interview, Hulet offered the assessment that many members of the Obama cabinet, including Hillary Clinton, Timothy Geithner, and Eric Holder, were resigning their offices due to their potential roles in the TARP money laundering lawsuit.

Craig B. Hulet: “It began simple enough with a lawsuit filed by Spire Law Group, charging that $43 trillion, that’s trillion with a ‘t’, against a number of defendants starting with Bank of America, every other major bank, numerous, maybe as many as 2000 bank servicing organizations, different tax havens, banks overseas, government officials, corporate officials, ceo’s and directors…”

CH: “Now will they succeed (Spire Law)? No. Of course they are not going to succeed. This law firm will no succeed… they will be discredited, they will be indicted, they will be smeared every way shape and form. But I’ll tell you what, it’s caused enough of a furor that Timothy Geithner, and Eric Holder, and Hillary Clinton, all just jumped ship, and I will predict, a whole lot of other Obama administration officials, especially at the Treasury and the Fed, are also going to jump ship.” – Coast to Coast AM, Nov. 8

It is interesting to note that not 12 hours after Craig Hulet’s interview, CIA Director David Petraeus gave his resignation to President Obama also, citing an extramarital affair just one year after becoming the head of America’s primary intelligence service. Additionally, Attorney General Eric Holder also announced today his plans to look hard at whether he intends to continue filling his current position in the Obama White House, or move on to other endeavors.

Just two days before the lawsuit was filed, Fed Chairman Ben Bernanke announced he would be stepping down as the head of the central bank in late October no matter who won the Presidency. This announcement came on the heels of rumors that Treasury Secretary Timothy Geithner would also resign his office before a new administration takes effect in January, leaving the majority of key positions in Obama’s cabinet unfilled.

Yet, the whole story on this massive lawsuit is much more complex than what is being reported on the surface. Just hours after the Wall Street Journal issued a press release on the suit, the children of a CNBC producer were found murdered in his home, along with a nanny who reportedly tried to commit suicide. This horrific event took place just hours before or after, CNBC posted the Wall Street Journal story on their website, and interestingly, the story was quickly removed three hours later. However, even the evidence of a murder suicide by the nanny is highly questionable, as the knife wounds inflicted on her were of extreme force, enough to break her neck, and not coinciding with those of a self-inflicted slashing.

CH: “But there are different reports (on the nanny)… some say she slashed her wrist in front of the wife, some say she slashed her throat. But the wounds were so severe, and I’ve got the military background, as I teach martial arts and edged weapons to my client base, and the wound that she suffered, if she were the perpetrator that killed the two children… again, I don’t buy coincidence. The fact that the death of the children comes on the heels of this news story being posted, and then immediately taken down, is troublesome.”

“But it’s her wound that troubles me. They said in the NY press she slashed her throat, but that’s not what the wound description was. It was that the knife was put into her neck with tremendous force, so deep that it broke her neck. This was a kind of wound that an active special ops would have been trained to do. I don’t buy it, but this is my personal opinion.”

For years, Congressman like Ron Paul, and other members of the House of Representatives, tried to get the Federal Reserve under oath to tell Americans how much, and what happened to, all the money distributed through the TARP and other lending programs after the 2008 crisis. Even then, it took a Freedom of Information Act lawsuit by Bloomberg to force the Fed into revealing the recipients of the TARP program, and by the scope of it, even those documents barely cover the $43 trillion alleged to have been laundered by the banks in the Spire Law Firm lawsuit. Thus, it should be no surprise that many individuals, both in government, and in the nation’s central bank, are suddenly offering their resignations, and stepping down long before the lawsuit makes it to court, and forces legal discovery on how far down the rabbit hole the potential fraud and theft may go.

For more on finance and economics, you can follow Ken Schortgen Jr on Twitter, and listen to the weekly economic roundup segment of the Angel Clark radio show from 6-7 p.m. EST on Friday evenings.