They Say They Aren’t

If you use google as a search engine, they may have a dossier on you in their database. Does this sound a little like “BIG BROTHER” in the Orwell novel?

Why Google Is the New Evil Empire 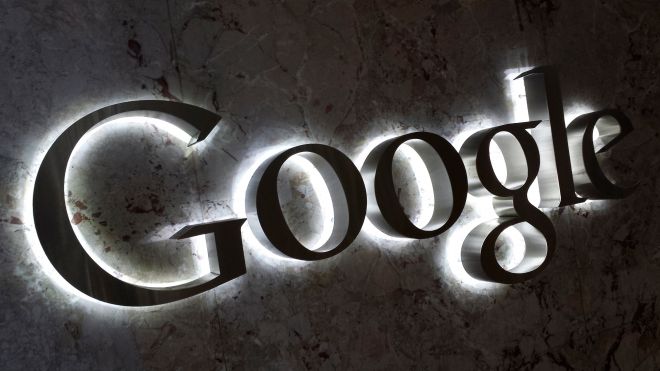 “We don’t need you to type at all because we know where you are. We know where you’ve been. We can more or less guess what you’re thinking about … Is that over the line?” – Google Chairman Eric Schmidt

A long time ago in a galaxy far, far away there was a Galactic Empire, a beady-eyed Emperor and his heavy-breathing sidekick, Darth Vader. Ever since, we’ve identified the corporate villains we love to hate. We had AT&T (T) in the 70s, IBM (IBM) in the 80s, and the evil empire of the 90s was of course Microsoft (MSFT)and Bill “The Conqueror” Gates.

Today we have Google (GOOGL). Don’t let the geeky façade, whimsical multicolored logo and “don’t be evil” mantra fool you. Google may very well be the most sinister threat and wicked incarnation of them all.

In an interview with the Atlantic almost five years ago, the search empire’s dark lord himself, Eric Schmidt, said, “Google policy is to get right up to the creepy line and not cross it.” He said, “I would argue that implanting things in your brain is beyond the creepy line … at least for the moment until the technology gets better.”

Then things got even creepier when Schmidt said, “We don’t need you to type at all because we know where you are. We know where you’ve been. We can more or less guess what you’re thinking about.” Then he paused and asked, “Is that over the line?”

Clearly, this creepy virtual line of Google’s is not just a moving target but a highly subjective one. How do they know when they’ve crossed it? Perhaps the more appropriate question to ask is how many lines does Google have to cross before its executives realize – before we realize – that they’re doing evil?

It’s easy to forget that Google once had a deep partnership with Apple. Then, while Steve Jobs mentored co-founders Larry Page and Sergey Brin and Schmidt sat on Apple’s (AAPL) board of directors, Android magically transformed from a BlackBerry-like (BBRY) phone with a physical keyboard into an iPhone clone.

And all the while – right up until the Federal Trade Commission forced Schmidt off Apple’s board on anticompetitive concerns – he maintained that Android did not compete with iPhone. A year later, Apple’s iPad was immediately followed by Android tablets which I’m sure were not competitors either.

Does that cross the line? Is that evil? Jobs certainly thought so. He was furious over the betrayal, calling Android “a stolen product” and vowing to “go thermonuclear war” on Google in Walter Isaacson’s biography of Apple’s iconic CEO.

Between Google Search, Gmail, Maps, Android, YouTube, Glass, Now, Books, Wallet, Chromecast, Wear, Nest and its alliance with car companies, Google now knows more about you than you do. It knows what you want, where you are, whom you’re with, what you read, what you buy, even what pictures and videos you create and look at.

While much of that is ostensibly “with your permission” and to “improve your search results,” as Schmidt says repeatedly, that’s just part of the story. Permissions are notoriously difficult to find and manage. And when you’re logged into your Google account, rest assured that the omnipresent eyes of Google are upon you.

Remember that nearly all of Google’s massive profits and revenues come from search advertising. That’s what funds the company’s ever-expanding presence in our lives. So when Schmidt or Page talk about improving search results, they really mean improving their ability to target you with contextual ads.

Not to sound paranoid or conspiratorial, but before long, those ads won’t just be limited to computer screens. They’ll be anywhere and everywhere Google can reach you.

And that’s just for starters. The Google Empire is expanding into everything from self-driving cars and virtual reality to broadband fiber and neural networks. It’s even collecting genetic and molecular information from thousands of people to map humans in a way that’s eerily reminiscent of how it maps the world’s streets.

Page says he wants Google to be much, much larger than it is today. In a Wired interview where he talked about the dozens of disparate projects the company has going on – what they call moon shots – he said, “Imagine what we could do if we had a hundred times as many employees. Anything is scalable.”

That would give the company millions of employees and make Google far and away the biggest and most powerful company in history. You would think the U.S. Justice Department or the FTC might have something to say about that. But then, you’d be wrong.

Last month the Wall Street Journal obtained a 160-page report from the trade agency’s bureau of competition that recommended the commission bring an antitrust suit against the search giant. It claimed Google’s actions have done and will continue to do “real harm to consumers and to innovation in the online search and advertising markets.”

And yet, the agency’s commissioners ultimately decided against and closed the investigation. Why? Could it be that Google was the second-largest donor to President Obama’s reelection campaign or that the company’s executives spend so much time at the White House that the administration is thinking of redoing the Green Room in Google’s multicolor scheme?

Don’t be silly. There’s no cronyism in Washington.

Finally, European regulators last week filed an antitrust action claiming Google skews search results in favor of its own shopping network, a practice that Yelp and others have long complained about. The European Commission also added a new investigation to its ongoing efforts, this one over Google’s Android operating system.

Don’t tell me we’re going to need Europe to save us from the evil empire. How ironic can you get?

Steve Tobak is a management consultant, columnist, former senior executive and author of the upcoming book, “Real Leaders Don’t Follow: Being Extraordinary in the Age of the Entrepreneur.”

Check out more at Wikipedia.org