Can You See What’s Coming?

There’s plenty of evidence that the Obama Regime considers Veterans, Christians, Patriots, Constitutionalists, Gun Owners, Libertarians, and anyone that believes in freedom to be the enemy see: Feds Preparing For War – Are We The Enemy? 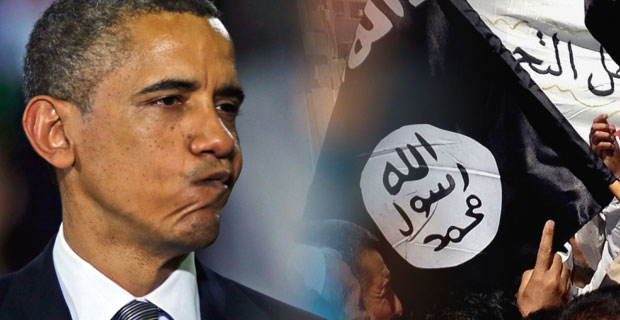 As President Barack Obama continues to receive criticism for his refusal to use the term “Islamic extremism,” some federal authorities and law enforcement groups in the United States assert that anti-government groups pose a bigger threat than ISIS.

The Department of Homeland Security circulated an intelligence assessment earlier this month which focuses on right-wing sovereign citizens and other domestic extremists.

“Some federal and local law enforcement groups view the domestic terror threat from sovereign citizen groups as equal to — and in some cases greater than — the threat from foreign Islamic terror groups, such as ISIS, that garner more public attention,” reports CNN.

While hyping the threat posed by sovereign citizens, who have been involved in sporadic violent confrontations mainly targeting police officers over the last five years, the DHS has completely dismissed intelligence obtained by Judicial Watch that ISIS militants stationed in Juarez, Mexico could be planning attacks inside the United States.

ISIS militants are openly bragging about the fact that they have sleeper cells within the country waiting to conduct devastating attacks on U.S. soil as the Obama administration frets about not using the term “Islamic” while worrying about right-wingers committing traffic violations.

As we have exhaustively documented, the federal government has consistently downplayed the threat of Islamic terror in favor of pushing hysteria about right-wing extremism.

A 2012 University of Maryland study funded to the tune of $12 million dollars by the DHS characterized Americans who are “suspicious of centralized federal authority,” and “reverent of individual liberty” as “extreme right-wing” terrorists while glossing over the threat posed by Islamic extremism.

Last August, over a year after the Boston bombing, the Department of Homeland Security also listed sovereign citizens as a more deadly potential terror threat than Islamic extremists, placing sovereign citizens number one on the list.

PSA’s for the Department of Homeland Security’s See Something, Say Something program also failed to portray terrorists as Muslims on numerous occasions, preferring instead to depict the bad guys as white middle class Americans.

Returning veterans have also been characterized by the federal government as a bigger threat than Islamic extremism.

The Obama administration’s obsession with hyping the threat of domestic extremism seems clearly geared towards demonizing its ideological adversaries – libertarians and conservatives – while the true threat posed by the Islamic State, whose members have repeatedly threatened to attack the United States, continues to be sidelined.
*********************

Paul Joseph Watson is the editor at large of Infowars.com and Prison Planet.com.