Tell Me It Isn’t So

You mean that nice benevolent social platform that you spend hours on each day may be controlling what you are allowed to see and say?

Mark Zuckerberg was heard saying Facebook “need[s] to do some work” on censoring anti-immigrant posts regarding the refugee crisis. 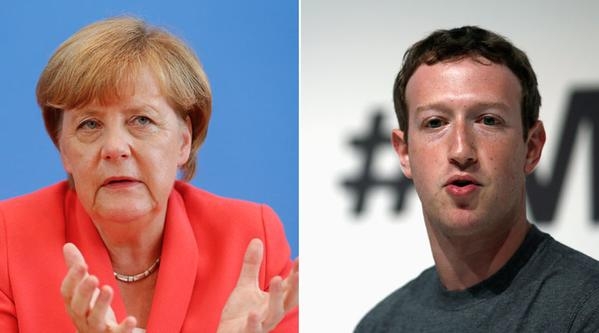 Over the weekend, Facebook CEO Mark Zuckerberg was overheard discussing with German Chancellor Angela Merkel his website’s censorship of a wave of anti-immigrant posts appearing on the social network as Europe continues to deal with the largest refugee crisis since World War II, reported Bloomberg.

During a Saturday luncheon on the sidelines of a United Nations summit in New York, Merkel was caught on a hot mic asking Zuckerberg how his site is working to curtail incendiary comments that are critical of “the wave of Syrian refugees entering Germany,” according to CNBC. As participants took their seats, the pair could be heard on a live transmission broadcast on the U.N. website.

Zuckerberg was heard responding that Facebook “need[s] to do some work” on censoring the anti-immigrant posts regarding the refugee crisis.

“Are you working on this?” asked Merkel in English.

“Yeah,” responded Zuckerberg before the dialog was cut by introductory comments to attendees at the event.

Hundreds of thousands of Syrian refugees have traveled to European countries over the past two weeks as they seek asylum from the Syrian civil war. With Germany being Europe’s largest economy, it has shouldered much of the burden and could take in as many as one million people this year who are seeking refuge from war and poverty, according to Bloomberg. While many Germans have welcomed the newcomers, there has also been widespread objection within the country.

Under German law, it is illegal to publicly incite hatred or violence against ethnic or religious groups or to assault their dignity, according to the Daily Dot.

“We are committed to working closely with the German government on this important issue,” said Debbie Frost, a spokeswoman for Facebook, in an email, reported Tech Times. “We think the best solutions to dealing with people who make racist and xenophobic comments can be found when service providers, government and civil society all work together to address this common challenge.”

More and more reports coming in daily – so be vigilante