Are You A Slave To The Bankers?

Here is a simplistic but concise article that outlines the progression of the private banking industry.

Anyone paying attention to the global fiscal situation today knows that we are coming to the precipice of a financial collapse.

Some theorists suggest that the intent of the global bankers is to collapse the entire global financial system, and then rebuild it in some sort of global new world order.

Whatever the plan may be, it seems to be coming to us at breakneck speed.

HOW YOU BECAME A SLAVE TO THE BANKERS! 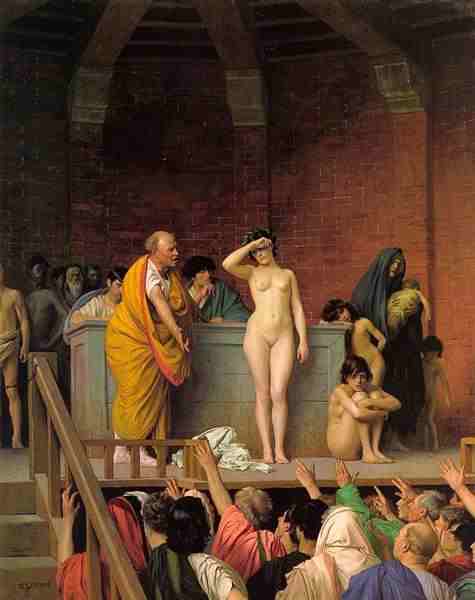 In the good old days, after George Washington and the boys won the war to free us from the bank of England’s predatory and impoverishing practices, they set up a “revolutionary” economic system. The government created and issued all the public currency, spending it into circulation to purchase what the government needed, then after the currency circulated through society to fuel commerce, was taxed back to the government to balance the books.

Banks existed, of course. But they were kept off to one side, and use of the banks was optional for the people of the United States. It was possible to go through one’s entire life without dealing with a bank if one chose to do so. 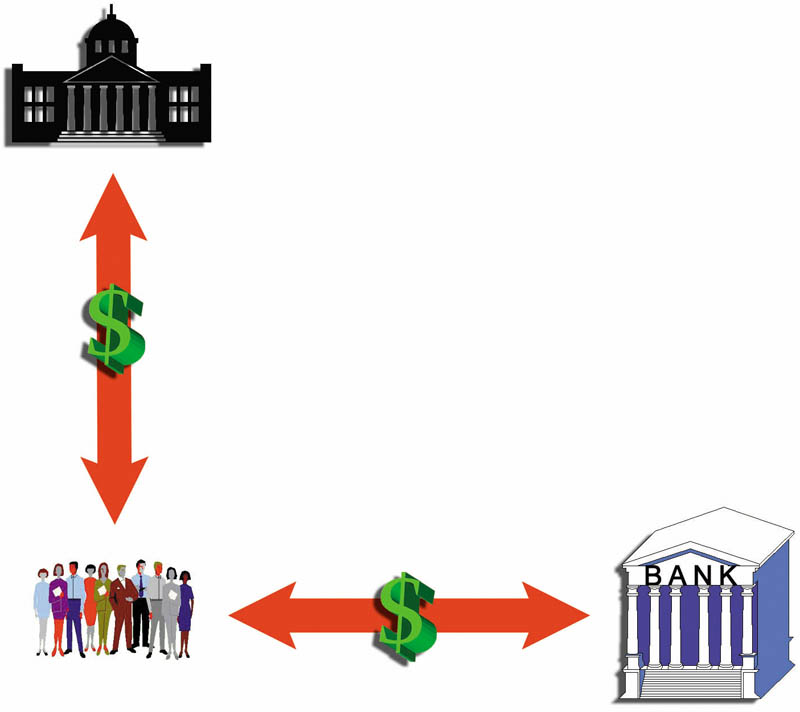 This system not only reserved the choice whether to use the bank to the people, but it was a stable system, because as debt increased, the people could voluntarily choose to stop borrowing from the bank! That was one of the most important freedoms won during the revolution; the freedom to say “no” to the banks! 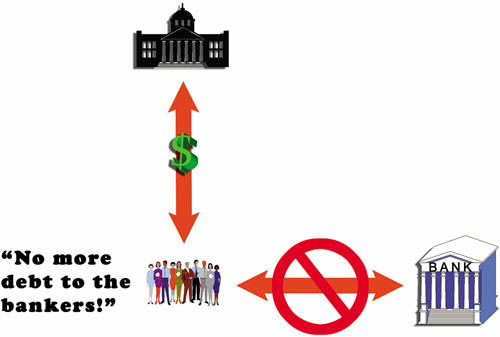 Then, in 1913, a corrupt Congress and a corrupt President changed the structure of the nation’s economy and stole your freedom to say “no”! The economic system was reverted to a mirror of that same system the nation fought a revolution to be free of. The power to issue money was taken away from the government and given to the bankers and from that day onward, ALL money in circulation was created as the result of a loan at interest from the bankers to the government, to business, and to the people. There is no exception. Every dollar paid in salary, spent to purchase food or gas, or paid in taxes, began as an interest bearing loan. There is no money in circulation in the United States that did not start out as a loan at interest from the bankers at the privately-owned Federal Reserve system. 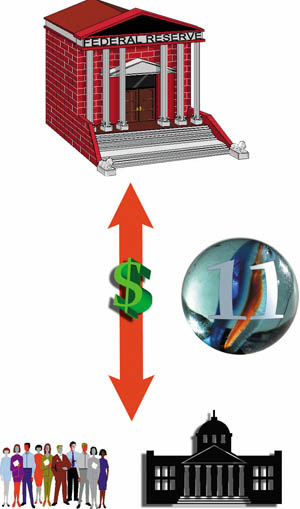 From that moment on, the freedom of the people to refuse to borrow from the banks and to refuse to pay interest was stripped away. To participate in the commerce of the United States at all means being forced to use money loaned at interest, to the profit of the bankers and the impoverishment of the public. Your freedom to say “no” was stolen by Congress in 1913, without your permission and before you were born.

When you have lost the freedom to say “no”, when you have no choice but to pay a percentage of your earnings as interest to the bankers whether in private debt or taxes to cover the gargantuan debts by the US Government itself, you are a slave to the bankers. And because more money is owed to the bankers than actually exists, because of the interest charged on the loan that created the money, the debt-slavery is permanent! No matter how hard you work, no matter how much you sacrifice, the debt can never be paid off. The system is intentionally designed to trap the nation’s population permantly in unpayable debt, to make them slaves to that debt and to the bankers. This is the purpose behind the design of the Federal Reserve, the International Monitary Fund, the European Central Bank, and indeed every private central bank issuing the public currency as a loan at interest. This is why today every nation is drowning in created debt, and slaved to the private bankers. That is the reason for ever increasing taxes and decresing benefits; to pay the bankers their unpayable interest on the public currency.

For that enslavement to succeed, your right and freedom to refuse that bank’s interest-bearing money must be stripped away. The government must force you to use that private central bank’s currency, loaned to you at interest, via the Legal Tender Laws. Therein lies your slave chains. You are ordered by the government, on pain of prison, to use the banker’s money, and to pay the interest charged by the bankers through your taxes.

There is no freedom without the freedom to say “no.” Slaves cannot say “no” when ordered to surrender the products of their labor to their masters.

You are a slave.

Slavery exists only because the slaves have been taught to believe that slavery is the way the world is supposed to be. Beliefs are chains used to enslave free people. No chains of steel ever bound a human tighter than the chains made of the beliefs with which we are indoctrinated while young in the state schools and the churches.

Slaves used to be held prisoner by their belief in rule by divine right. Then the slaves regained their freedom when they realized that divine right is only an illusion created by the enslavers to trick the people into obedient servitude.

Then slaves were held prisoner by their belief in rule by chattel ownership of one’s body. Then the slaves regained their freedom when they realized that one person owning another is an illusion created by the enslavers to trick the people into obedient servitude.

Today the modern slaves (that is YOU) are held prisoner by their belief in compound interest; that they owe money that never existed to repay money created out of thin air. And you modern slaves will regain your freedoms when you realize that private central banking is just another illusion created by the enslavers to trick you into obedient servitude.

Are You A Slave To The Bankers?